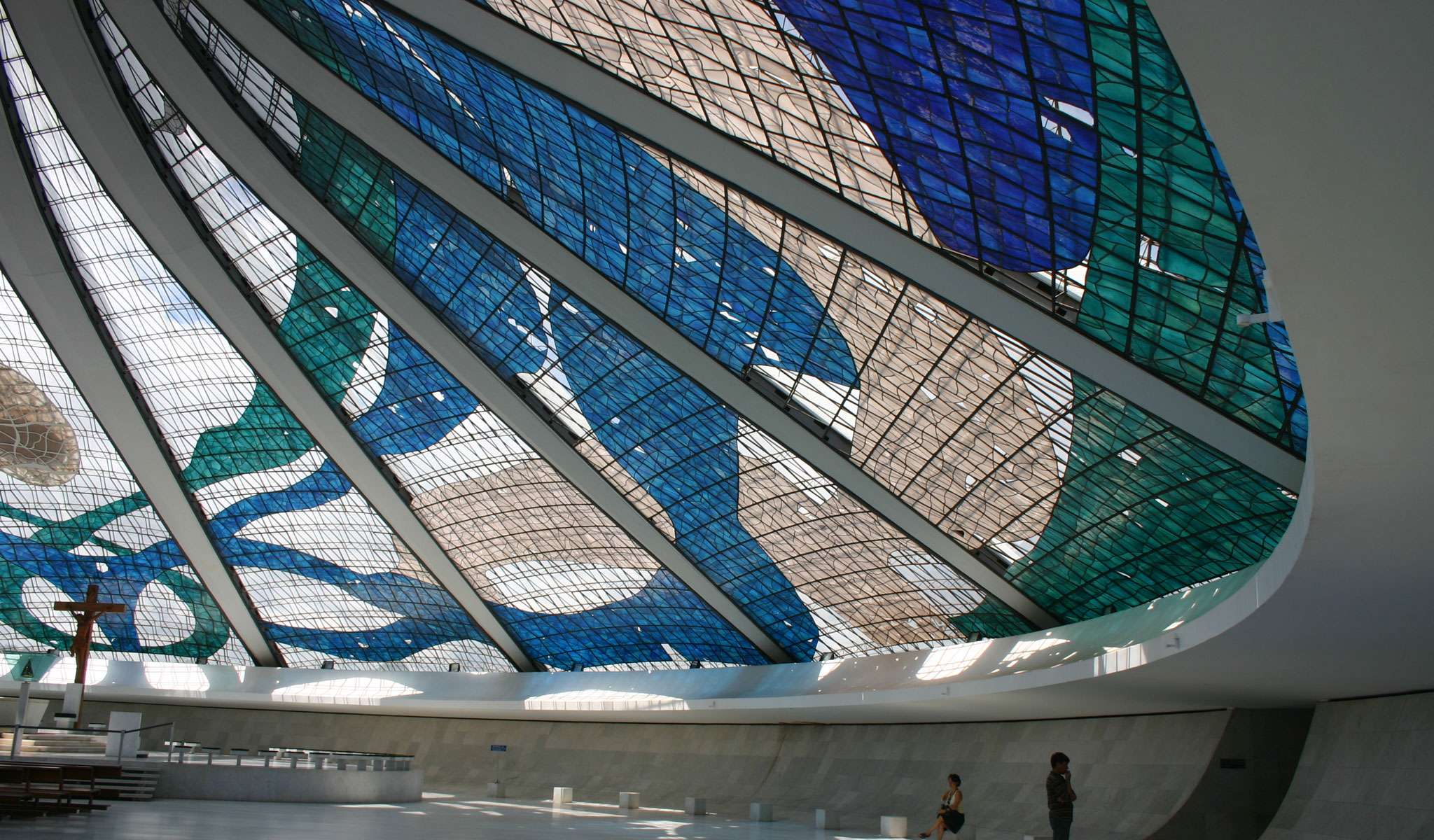 Born in Brazil 15th December 1907, Niemeyer became one of the most prolific Brazilian architects.

He is famous for abandoning architectural norms in his use of concrete and incorporating natural curves and shapes found in nature. His work attracts visitors from around the world. Famous work includes the Sao Francisco de Assis Catholic Church, The Ministry of Education and Health, The National Congress Building, Niteróc Arts Centre and Cathedral Metropolitana Nossa Sehora Aparecida.

He died in 2012 just shy of his 105th birthday. Throughout his life he produced more than 500 buildings and is known for giving Brazil a visual voice and a fresh language. It is for this reason that he was the perfect inspiration for the Opening Ceremony.

The opening ceremony is an opportunity for the host country to show off what is special about their culture and country. It becomes part of the narrative that the rest of the world views the host nation. China used their opening ceremony in Beijing as an opportunity to redefine China in the eyes of the world. China’s opening ceremony showed them as a major power that is technologically advanced, numerous and co-ordinated. They told a story of a modern country built on ancient foundations with a strong sense of national pride. While the UK’s opening ceremony in 2012 told a story about becoming developed and what it means to be British. Community drove the performance, which was demonstrated by British international icons like James Bond, David Bowie, Mr. Bean and David Beckham coming together with NHS nurses and children. The opening ceremony is the way countries answers the questions “Who are we? What makes us special?”

By Brazil using an architect to inspire their ceremony demonstrates the importance of architecture in the identity building of a nation. It demonstrates just how important architectural design is in creating a sense of identity.

If you want to explore changing your homes identity, please call Arc Design Services on 0161 928 4433.